romanticisms of the world

I have been active in the 19th-century studies quite a lot, and in quite a natural, instinctive way, as it simply forms the background of whatever the European literatures are today. On the other hand, 19th century is of course crucial for more than just Europe, since it is the epoch in which modernity takes shape also for the rest of the world, with colonial empires, transcolonial movements, and various revivals all over the world.
My major achievements in this area are connected with the Portuguese & Lusophone world, especially the 19th-century literature of Brazil, which is quite an extensive topic I spoke about in the volume Historia literatur iberoamerykańskich. I also authored a history of Portuguese literature starting in the 19th century (Mgławica Pessoa). But I also wrote about French literature, with such classics as Verlaine, Flaubert, Zola, Villiers de L'Isle-Adam, and others.
19th century is also a great time of travel writing, and this aspect interested me quite in particular. As a participant of a major research project, I studied a travelogue of the Polish romantic Juliusz Słowacki from his journey to the Orient, containing sketches of landscape and poems, the latter quite closely related to the former. This is why I believe the field is far from being exhausted. There is 19th-century World Literature, with the World written with a capital W that awaits me. 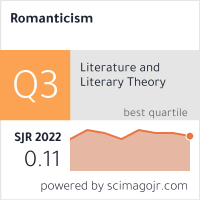