in search of transgressive and heterodox ideas

The term "history of ideas" has been proposed by the historian Arthur O. Lovejoy. Just like comparative literature, it is one of the disciplines that apparently belong to a past, and whose "death" is repeatedly announced. Its rebirth after the turn of the millennium has been announced under the title of "global history of ideas", since the discipline, as it was traditionally practised, was criticised for its eurocentrism.
The object of studies in this discipline is what remains after the delimitation of various other specialised fields, such as history of philosophy, of literature, of art, etc. Typically, a historian of ideas deals with beliefs and world views (such as that of a 16th-century Italian miller, presented in the famous Carlo Ginzburg's book The Cheese and the Worms), scientific concepts, and more generally, the ways of human thought.
Personally, what attracts me toward this discipline is that it covers all the heterodox viewpoints that stand at the frontier of what is culturally defined. My history of ideas is a history of cultural transgression, be it in religious rituals and liturgies, culturally defined classes and categories (friend and enemy, ours and theirs, domestic and foreign, belonging and non-belonging, etc.), recognised genres of thinking and writing. The research that I realised deals with some specific topics, such as the idea of the unspoiled, pre-lapsarian language (Adamic tongue, the languages of angels). I am also interested in the conceptualisation of otherness across the religious divides in the Mediterranean region, as well as the permeability of such divides. This research deals primarily with the medieval and early-modern thinkers, such as Ramon Llull or Guillaume Postel, transgressors of the cultural and religious divides, such as Anselm Turmeda, later known as Abdallah at-Tarjuman, and the scholars converts of the beginning of the 20th century, such as Titus Burckhardt. The interest in the Islamicate contexts and the perspectives that open "from the opposite side" in the encounter of civilisations permits to inscribe my studies in the new aspiration of non-eurocentric, global history of ideas.

my essays in history of ideas

António Vieira, a seventeenth-century Portuguese Jesuit, heterodox thinker persecuted by the Inquisition, and missionary working in the Brazilian province of Maranhão, stands comparison with Giorgio Agamben as a reader of Paul’s Epistle to the Romans. In spite of dissimilar historical circumstances, both ask the crucial questions concerning universalism and may be regarded as theoreticians of the transcultural condition, understood in this essay as a state of naked, prelapsarian humanity beyond any cultural distinction. This primordial undressed condition – Unbekleidetheit that Agamben found in the theology of Erik Peterson – might become available again due to the passage into the eschatological time, the kairós of Paul. As one can imagine, Vieira might have lacked sufficient intellectual freedom to fully verbalize all the implications of his vision of the spiritual Fifth Empire unifying mankind. These silenced views that the inquisitorial archives failed to transmit to our times may be recuperated, at least as a hypothesis, through the confrontation of the two readers of Paul and the reflection on the possible transcultural horizons as well as shortcomings of Vieira’s visionary thought. 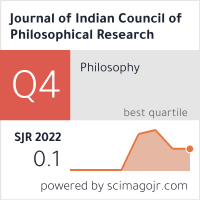